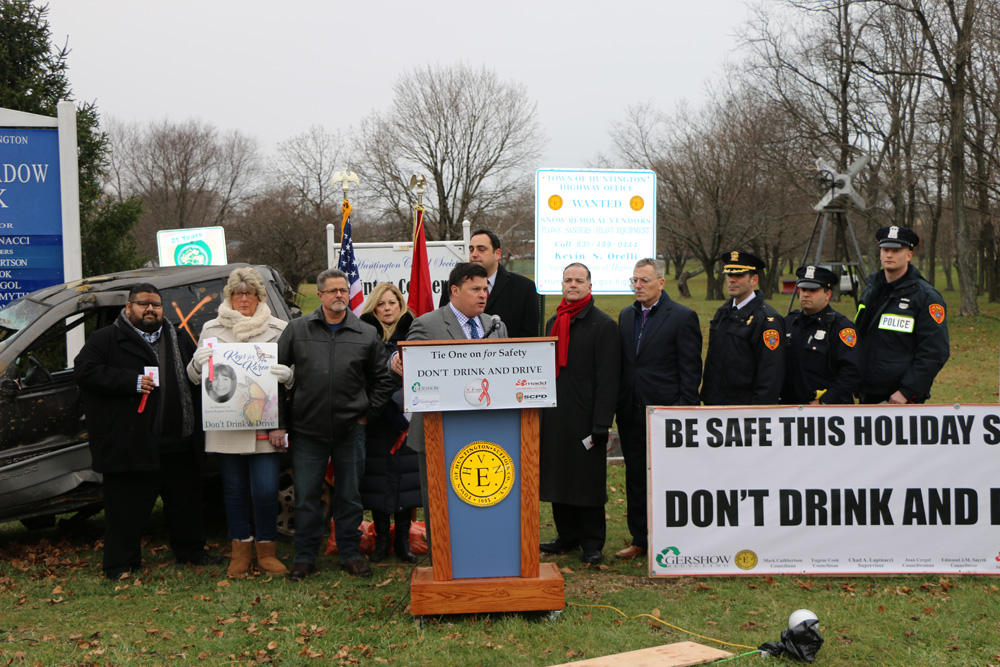 Gershow Recycling recently donated a wrecked car in support of the Town of Huntington’s Anti-Drunk and Distracted Driving Campaign. Presented by Mark Cuthbertson, Councilman, Town of Huntington, and the Huntington Town Board, the program reminds residents of the dangers of drunk or distracted driving during the holidays.

John Zaher, Representative, Gershow Recycling, took part in a press conference that was held on December 16, along with local elected officials, Mothers Against Drunk Driving (MADD), law enforcement personnel and a local family who lost a loved one to a drunk driver. He thanked the Town and MADD for their public awareness efforts and noted that Gershow takes in thousands of vehicles that were involved in serious accidents each year, some of which were the result of drunk driving. “Gershow Recycling is proud to be part of this campaign, which shows the dangers of driving under the influence and distracted driving,” said Mr. Zaher.