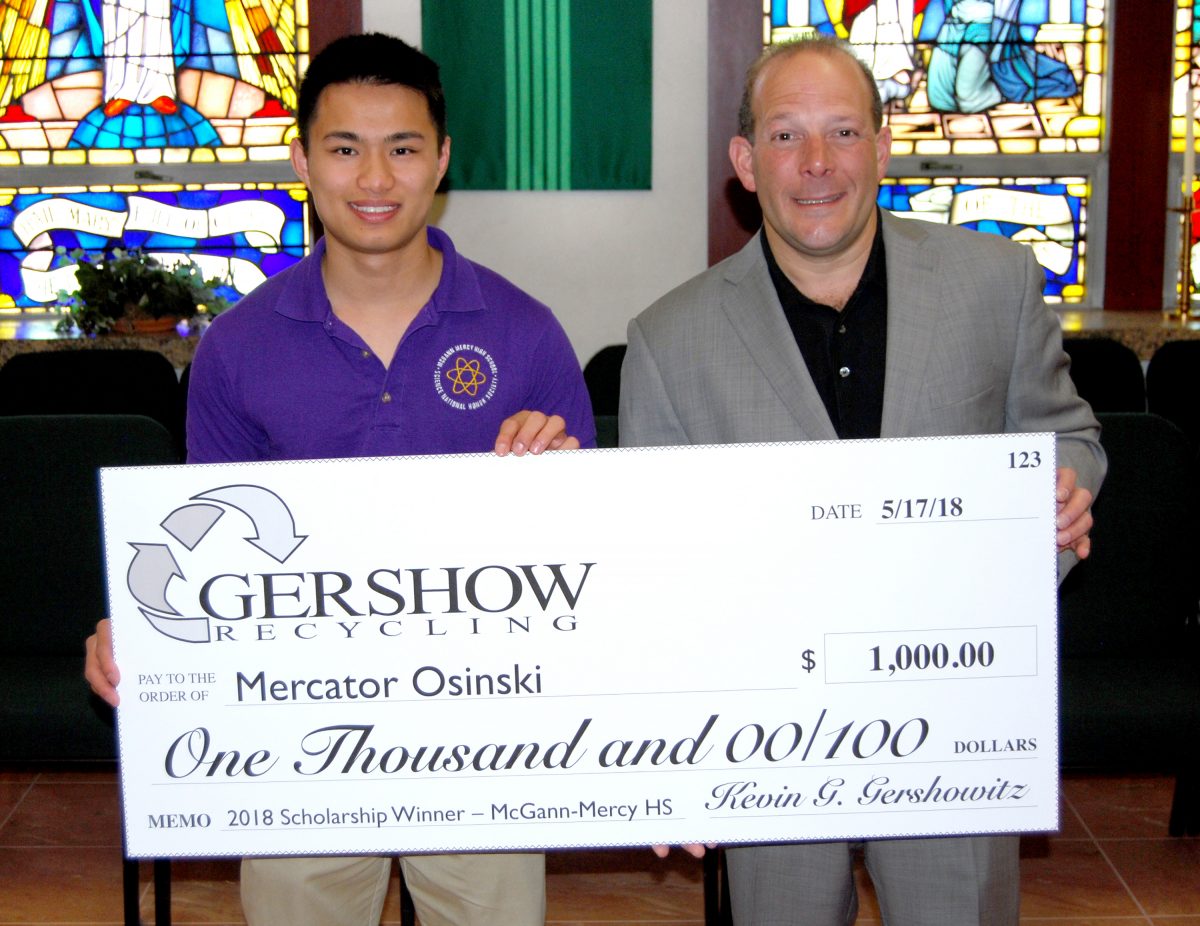 (Medford, New York) — Once again, Gershow Recycling is providing one-time, $1,000 scholarships to graduating high school seniors from Long Island and the metropolitan New York area. The program is now available to all local school districts in which Gershow’s facilities are located.

Students must pursue a degree in engineering or environmental sciences when entering college in order to be eligible for the scholarship.

Started in 1964 by Sam Gershowitz, Gershow Recycling began as a two-man operation with a tractor and trailer, a boom truck and the first portable car flattener. Now with its second generation carrying on its legacy, Gershow employs over 750 people on Long Island and the metropolitan New York area, contributing millions of dollars to the local economy, while helping to preserve the region’s environment.

2019 marks the fifteenth consecutive year that Gershow has offered the scholarship. “Since 1964, Gershow Recycling has been leading the way in preserving Long Island’s environment. This scholarship reflects our company’s goals of environmental conservation and the need to encourage the pursuit of advanced degrees to enhance our region’s and nation’s competitiveness,” said Kevin Gershowitz, President, Gershow Recycling.