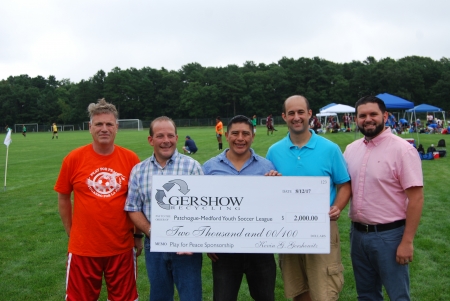 Gershow Recycling sponsored and donated $2,000 to help defray the costs of putting on the ninth annual Play for Peace/Jugando Por La Paz Soccer Tournament, which was held August 12 at the Patchogue-Medford Youth Soccer Complex in Medford.