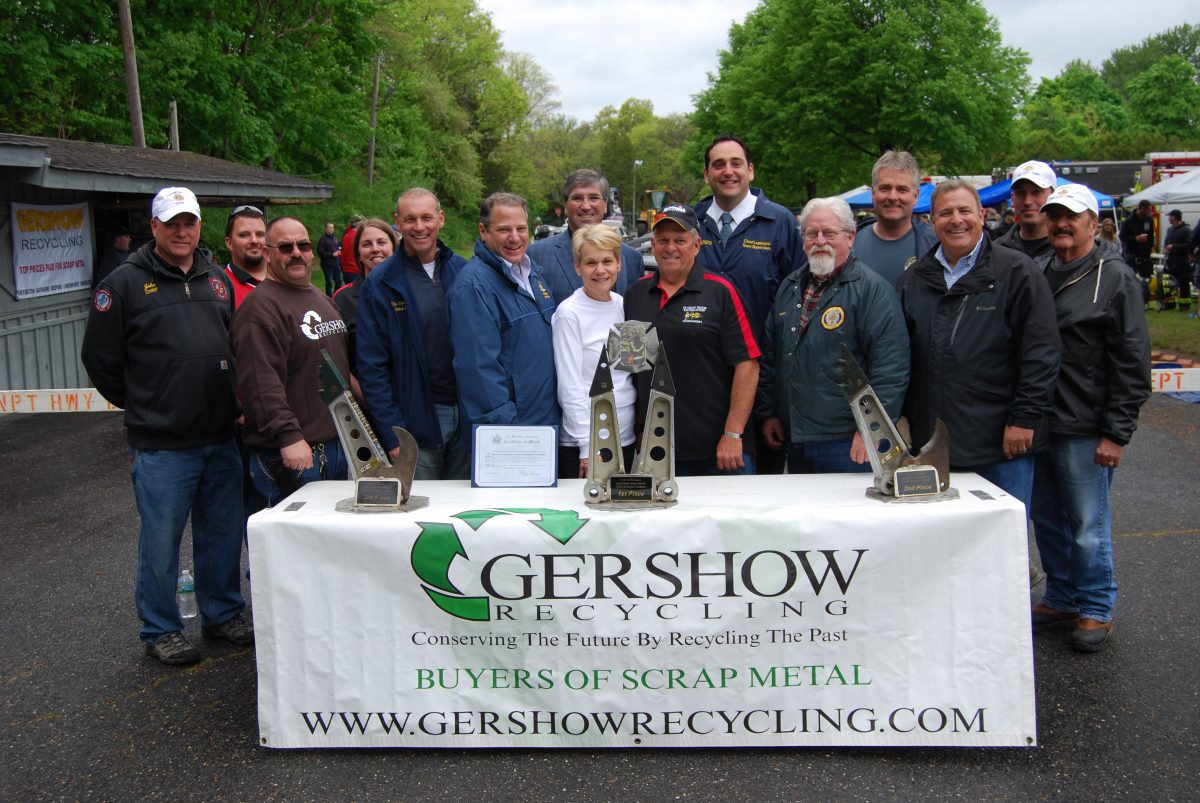 In support of local fire departments, Gershow Recycling donated the use of 30 cars for the Eleventh Annual Chuck Varese Vehicle Extrication Tournament, which was held at the Northport Fire Department’s Training Grounds at Steer’s Pit in Northport on May 12. Gershow also donated the use of its Huntington facility to enable teams to practice in the week leading up to the tournament.

Nineteen teams from eleven fire departments participated in the tournament, which involved groups of five firefighters working to extricate a “victim” from a “crash” using the Jaws of Life. Each team was judged on the amount of time it took to perform the extrication, the handling of equipment and the safety procedures they followed. After the tournament, the vehicles were brought back to Gershow’s facility, where they were shredded and recycled.