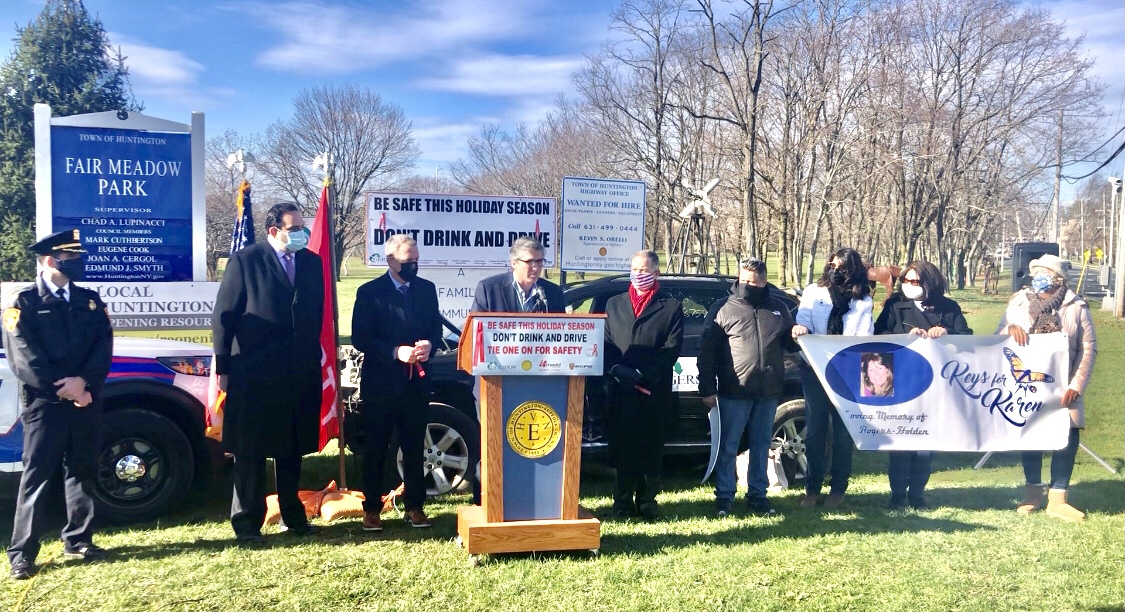 Kevin Gershowitz, President, Gershow Recycling, took part in a press conference that was held on December 7, along with local elected officials, Mothers Against Drunk Driving (MADD), law enforcement personnel and Keys for Karen, a nonprofit organization formed by a local family who lost a loved one to a drunk driver.

Mr. Gershowitz thanked the Town, MADD and Keys for Karen for their public awareness efforts and noted that Gershow takes in thousands of vehicles that were involved in serious accidents each year, some of which were the result of drunk driving. “There’s no reason to drink and drive,” he said. “We have too many conveniences today with our cell phones and apps. If you don’t want to hurt yourself or, worse than that, if you don’t want to hurt someone else, don’t drink and drive.”